2017 Federal Budget- Breaking it down 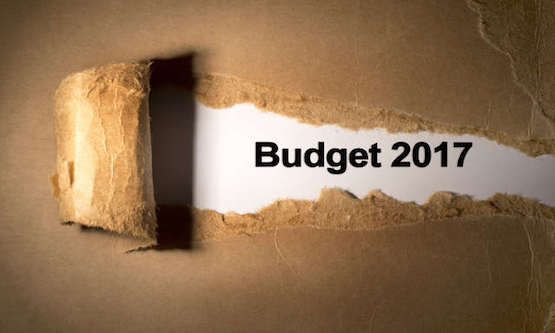 So another Federal Budget was handed down last night, and on the big scale of things, has left many things untouched. The good news? Business can continue as normal without having to get their head around yet more changes.

So let’s review the changes:

As promised last year, the government is committed to reducing the company tax rate to 27.5 percent for the 2017 financial year for small business with a turnover of less than $10 million, and progressively reducing this to 25 percent for all companies by 2026-27.

Corresponding changes to the small business tax discount are going to continue.

One of the main features of last year’s Budget involved increasing the turnover threshold for small business from $2 million to $10 million. This enables the measures to genuinely be called ‘small and medium’ business concessions as a new swathe of medium-sized businesses will qualify.

The available concessions include simplified depreciation rules and simplified trading stock rules among others, the big one being the ability to immediately write off assets costing less than $20,000.

This measure had a lot of opposition from the ALP, so it’s actually something of a pleasant relief to see the government going ahead with it!

An important side note is that this threshold does not impact on the small business CGT concessions which will remain as they are.

The HELP debt issue has been making national headlines and is no surprise.

The government is lowering the repayment threshold from $54,869 to $42,000, a perhaps necessary measure to fund the growing ‘unrecoverable’ debt on the governments books. Unfortunately it does mean that students will be starting to repay a debt even though their income is at a bare minimum and not yet showing the ‘benefits’ of their education.

This favourite of governments, the ‘tax’ which isn’t a ‘tax’, is, surprise surprise, being lifted 2.5 percent.

This lifts the top marginal tax rate to 47.5 percent. Remember the ‘budget deficit tax’ of years gone by? This measure is equivalent to bringing that back in, and then some, as it targets all taxpayers on the top marginal rate and impacts on related taxes, such as Fringe Benefits Tax.

A new scheme to save up for a house deposit enables taxpayers to make additional super contributions of $15,000 per annum up to a total of $30,000 in order to fund a new home. Why would you do it? Your contributions to super are concessionally taxed at 15 percent, meaning there might be some tax savings if your marginal rate is greater than this.

Like its predecessor the first home deposit scheme, one might wonder if the complexity and paperwork from the scheme will result in similarly low uptake.

The ATO is being provided with funding to collect more tax. This aims to tackle the black economy, cracking down on organised crime and multinational tax avoidance. That the government is focusing on this rather than new measures is a good thing – better to be collecting what is owed elsewhere, otherwise small business will end up footing the bill!

One associated measure is to remove the CGT main residence exemption for foreign and temporary tax residents in Australia.

This Budget is different in two ways.

First, it’s a relatively simple one, and secondly, the government has committed to implementing key changes that were opposed from the last Budget. This is perhaps a refreshing change compared to what we have come to expect over the last decade where governments have failed to deliver changes as promised and left business in a constant state of flux about which rules to apply.

Want to know how the changes will affect you individually or as a business owner? Feel free to give us a call and speak with our of our Taxation specialists on 07 3510 1500.