What If I Forgot To Lodge My Tax Return? 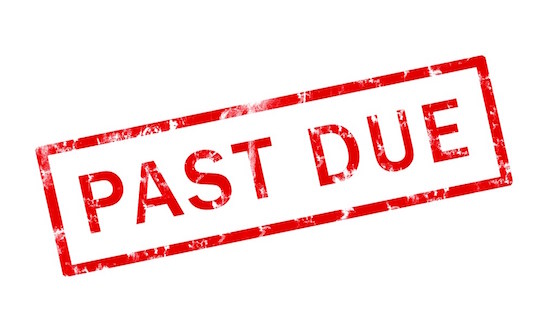 Tax return as the name suggests refers to the refund of the income tax that a taxpayer once submitted to the government. This case is applicable when the actual tax that was to be submitted is less than the amount paid. There are various steps that are taken to reduce the taxes you owe to the government, a few of which were discussed earlier.

There are uncountable benefits of filing returns timely. When you file your tax returns timely, this action depicts a sense of responsibility on the taxpayer’s part. In some cases, filing returns is a mandatory task, which further highlights its significance. Tax returns also ensure extra cash is collected as a reserve for an individual which he could later invest for his retirement.

Why do some people fail to file the tax return?

In case you miss the required deadline for the tax return, the FTL penalty is applied which is calculated according to the size of the business, which is elaborated below. This penalty applies for small businesses, medium businesses as well as large businesses each of which has a different criteria and requires a different set of conditions.

The punishment for not lodging a tax on time, or returning it late, can increase rapidly. What’s more, it’s not only a punishment. You could pay interest as well, and even power the ATO to stop a default evaluation for you. The ATO applies an inability to stop on time punishment to reprobate government forms. What’s more, you do not simply pay it once. Another punishment is forced for each 28-day time span – or part of a period – that the arrival is late, up to a greatest of 5 periods. The punishment for every period adds up to $110. That is $110 each 28 days and possibly a greatest punishment of $550! For wealthier citizens, the punishment is considerably more. Medium withholders are charged twice to such an extent and Large withholders five folds the amount.

The ATO sometimes become lenient with the penalty in case a justified reason is put forward on the table; such as a serious illness, death, and destruction of tax documents and so on. Failure to present a tax return is a serious offence as is stated in the law. Which means one could be prosecuted for criminal charges in case he fails to lodge a tax return timely.

As it is evident from the severe penalties and punishments prescribed by the law on people who fail to lodge their tax return timely, one should always file their tax return even if they are late. The filing of tax return applies to individual who have worked in the last financial year but for those who have not, they must also inform the ATO about their situation so that they do not impose a forceful lodgment on you.